Not many artists have spent over 30 years strutting stages. Even fewer have racked up that kind of experience at the tender age of 36. Angelo Kelly is one of them. A teen idol in the 1990s as the youngest member of the Kelly Family, this Irish-American vocalist, musician and composer has been a solo act since 2006. He released Irish Heart, his seventh studio album, in 2018. But there are gigs that stand out even for a musician of Angelo’s experience and pedigree. The two nights at Neuleiningen Castle on June 28 and 29 Angelo Kelly with his family and backing band surely rank high on his list of memorable performances. This open-air double-header was also captured on video for an upcoming live DVD. Kelly and his team counted on HK Audio’s new COSMO line array system for sound reinforcement. 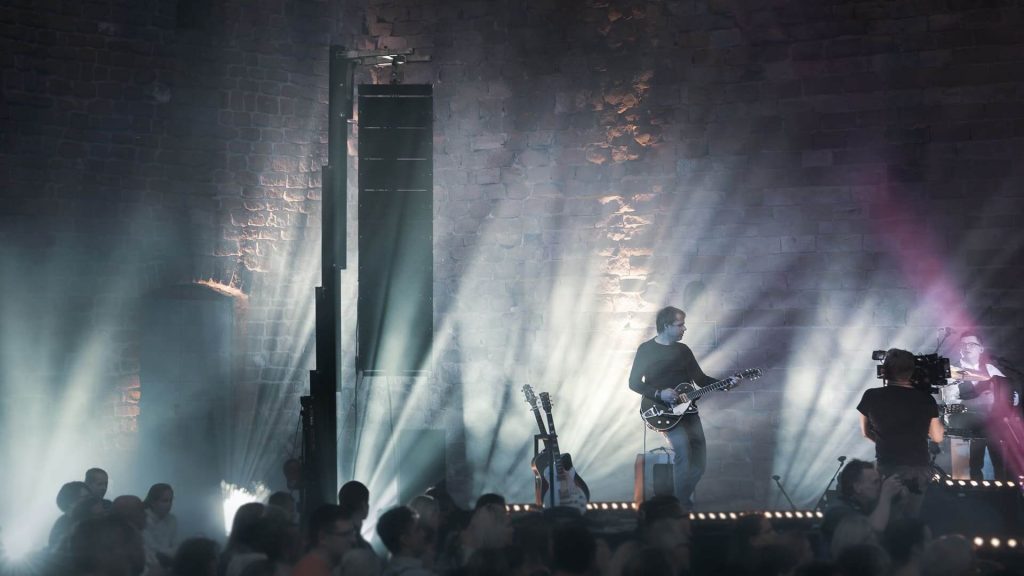 Angelo Kelly and HK Audio go back a long way, to the beginnings of the musician’s solo career. As Angelo recalls it, “My first go-round with HK Audio was a percussion tour where I played drums exclusively. I have since grown as a solo artist and also stepped up the ladder with HK, from LUCAS systems for rehearsals and private shows to ELEMENTS at acoustic gigs and COHEDRA for recent years’ shows in halls. Now Angelo is one of the first artists to feature the Saarland-based manufacturer’s new COSMO system at a live performance.

This video is in German, but will soon be dubbed.

Arne Weitzel, HK Audio Sales Consultant and pro audio/rental product specialist, configured a COSMO system consisting of two sets of nine C8 modules loaded with two 8″ speakers and tuned for a narrow 80° horizontal pattern of throw. “The big challenge was to prevent troublesome reflections from bouncing off the side and rear walls,” says Weitzel by way of explanation. The two arrays were turned a touch inwards to better align the C8 modules to the audience. Augmenting the main array, the crew also set up a mono array of the new CONTOUR-X series CX 12 fullrange speakers to provide near-fill and out-fill coverage. 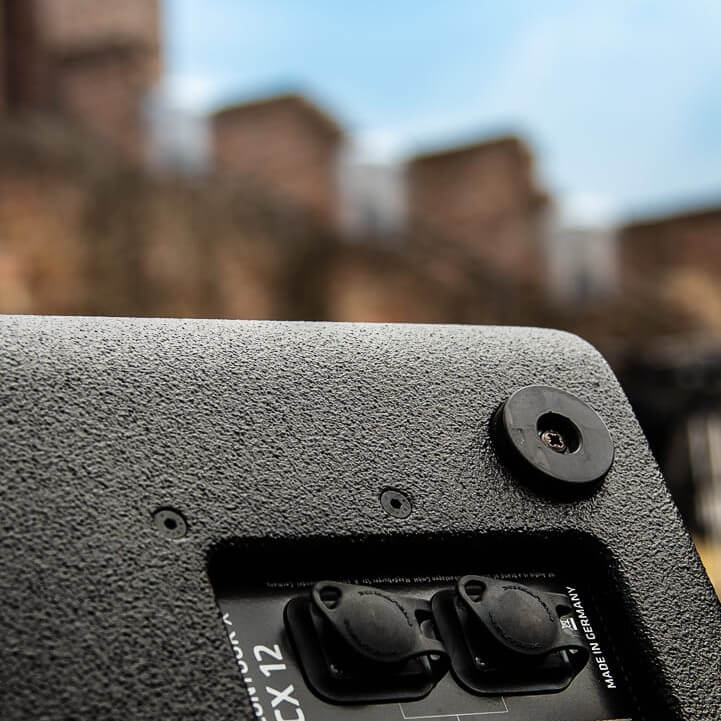 CX 12 as front fill: to be connected on the side, which helps to avoid the tangled cables, you usually get.

Articulate bass performance out front and on stage

Twelve CS 118 high-performance subwoofers placed in front of the stage in a cardioid array to delivered big beats to the audience and punchy yet articulate bass to the musicians on stage. “The subs weren’t just there for the audience; they were also served as monitors for the musicians on stage. These days, we’re using more and more in-ear systems, so those subwoofers give you the push you need. The CS 118s are very tight and articulate and they got the job done perfectly, despite the venue’s tricky stone floor,” says Angelo. 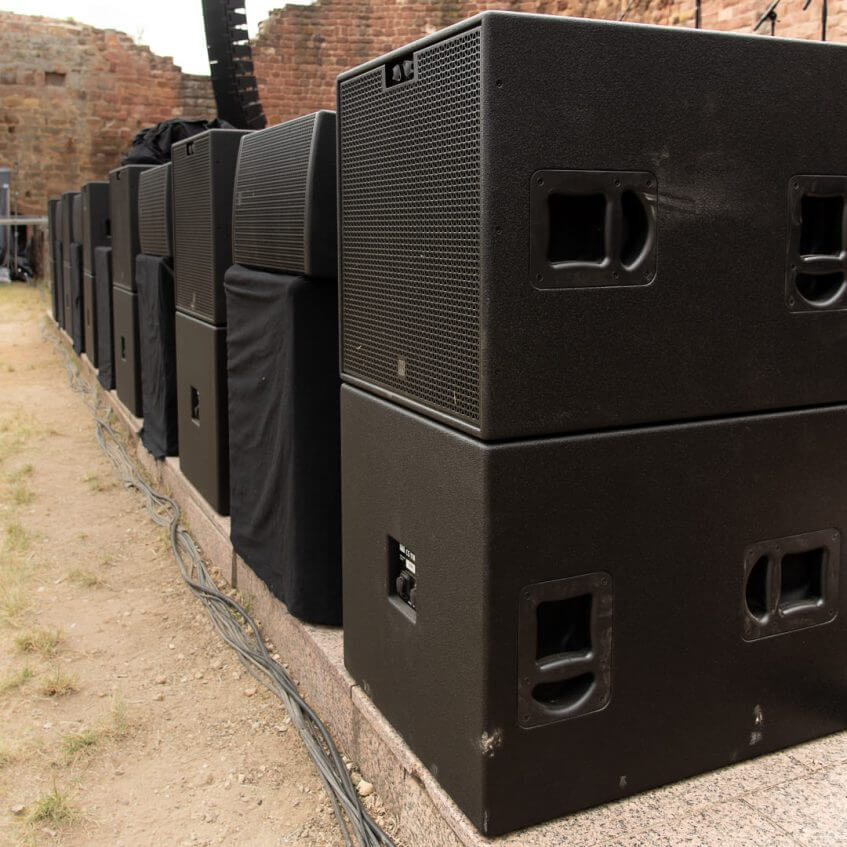 C-SUB-series in cardioid arrangement for backside-attenuation of the bass frequencies on stage.

Relaxed at the FOH desk

“Fortunately, Angelo and I see eye to eye when it comes to the best live sound. It has to be physical so you can actually feel it, and it has to be dynamic in both low and high frequencies,” explains Alex Papatheodorou, Angelo’s long-serving FOH engineer. “And it’s okay if things get a little louder here and there. We have a lot of microphones on stage at concerts with the band and family, so it is imperative for the system to safe; that is, immune to feedback. At the first sound check with the COSMO rig, I actually found myself backing off my standard EQ settings a bit on almost every channel.”